The EarlyTox™ Cardiotoxicity Kit contains a novel calcium sensitive dye and a proprietary masking technology optimized for measuring changes in cytoplasmic calcium which are associated with cardiomyocyte beating. Characterization of beat patterns requires a short integration time. Because of the short camera exposure times, calcium binding to the dye within the cell produces a smaller signal than seen in standard calcium flux assays. This new formulation delivers a significantly brighter dye than other commercially available calcium indicators. As shown in Figure 1, the quench technology does not enter the cell, but reduces extracellular background fluorescence. Together these features help improve the signal window, providing more detail to the beat patterns.

The assay kit can be used for characterizing the impact of pharmacological compounds on peak frequency (BPM), peak amplitude and beat pattern and is designed to work with stem cell-derived cardiomyocytes or primary cardiomyocytes. Peak frequencies are determined from changes in intracellular Ca 2 concentration monitored by the EarlyTox Cardiotoxicity Dye. During a single beating cycle, Ca2 is released into the cytoplasm after the sarcoplasmic reticulum is stimulated. Calcium binds with troponin activating the sarcomere, and the cell contracts. Synchronously, there is an increase in fluorescent signal as dye binds to free calcium in the cytosol. Cellular relaxation occurs on removal of calcium from the cytosol by calcium uptake pumps of the sarcoplasmic reticulum and by calcium exchange with extracellular fluid. The fluorescent signal decreases as calcium concentration decreases. As the cycle repeats, additional fluorescent peaks synchronous with beating are observed. 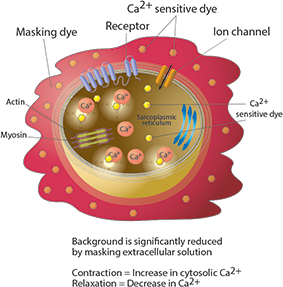 Concentration-dependent modulation of calcium peak frequency & atypical patterns have been validated and characterized using the EarlyTox Cardiotoxicity Kit with cardiomyocytes on the FLIPR® Tetra System and analyzed with ScreenWorks® Peak Pro Software. Identified changes in parameters such as calcium peak frequencies, amplitude, peak width, rise and decay times enable the ability to redirect SAR or eliminate compounds from consideration that might otherwise be put forward to medicinal chemistry or to pre-clinical development. Additionally, this method may be used to enable the discovery of new compounds that affect the heart.

In this assay, iCell Cardiomyocytes, human induced pluripotent stem cell-derived (iPSC) cardiomyocytes from Cellular Dynamics International were cultured according to their suggested protocol. Cells were plated in a 384-well black-walled clear plate 10–14 days prior to experiments. EarlyTox Cardiotoxicity Explorer Kit (R8210) dye loading buffer was warmed to 37°C to avoid slowing the beating of the cardiomyocytes upon addition. 25 μL dye was added to 25 μL cells in the plate. Each plate was incubated at 5% CO2, 37°C for two hours.

Three reference compounds that are included in the kit were studied to demonstrate a variety of effects upon the iPSC cardiomyocytes: propranolol, isoproterenol and sotalol. A compound plate containing concentration responses was made up at 5X final concentration in Component B buffer and warmed to 37°C prior to addition to minimize temperature effects upon the cells. After compound addition on the FLIPR Tetra System, cell beat rates and patterns can be monitored for up to 4–6 hours. Plates were read again 10 minutes post compound addition. Additional reads were taken at several time points up to four hours.

Peak frequency and beat patterns are demonstrated for control and three reference compounds included in the EarlyTox Cardiotoxicity Kit as shown in Figures 2 through 5. 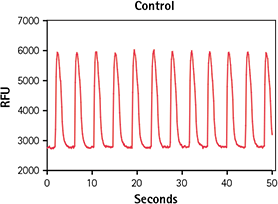 Multiple calcium indicators and their impact on the ability of the cells to beat, average peak amplitude, and peak frequency were compared over a four-hour period. Indicators included the EarlyTox Cardiotoxicity Kit, FLIPR ® Calcium 5 Assay Kit (Molecular Devices) and Fluo-4 Direct Kit (Invitrogen). Dyes were incubated for cell loading with iPSC cardiomyocytes according to vendor recommendations. A read was taken on the FLIPR Tetra System prior to- and at several time-points post-compound addition. Control wells were monitored in this experiment. As shown in Figures 6 and 7, overall peak frequency and signal amplitude were highest with the EarlyTox Cardiotoxicity Kit. As seen in Figure 8, there was no impact on the ability of the cells to beat (silenced) by the EarlyTox Cardiotoxicity Dye at four hours post compound addition. The FLIPR Calcium 5 Kit had silenced many wells, and all the wells were silenced at 90 minutes post-compound addition with the Fluo-4 Direct Kit. 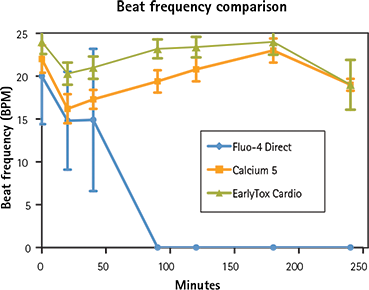 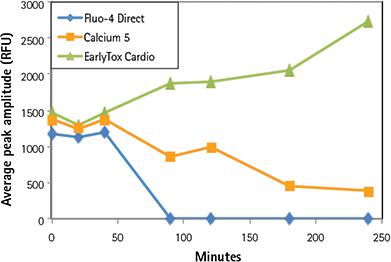 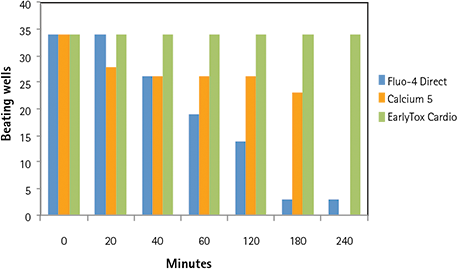 Figure 8. Impact of dye on cardiomyocyte beating over time. Thirty-four control wells were compared with each dye over a four-hour period. All of the EarlyTox Cardiotoxicity Dye wells remained beating up to four hours. Silenced wells occurred much earlier in the Fluo-4 Direct wells and the FLIPR Calcium 5 Kit wells and were nearly all gone by four hours.

The EarlyTox Cardiotoxicity Kit has been optimized to provide a robust, high throughput method for measuring the impact of pharmacological compounds on stem cell-derived cardiomyocytes. The optimized dye formulation provides the largest signal window and significantly reduced non-specific toxicity so there is minimal effect on beat rates, peak frequency or signal amplitude over time, unlike results from other commercially available dyes. When paired with the FLIPR Tetra System, the EarlyTox Cardiotoxicity Kit is a powerful tool for directing your drug design by allowing you to eliminate cardiotoxic compounds and identify potential cardiac drug candidates earlier in the drug discovery process.

Compatible with these Molecular Devices® systems 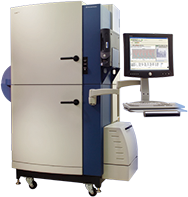 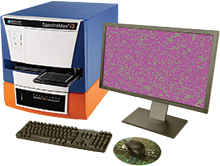 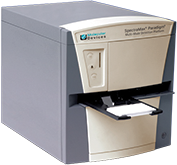 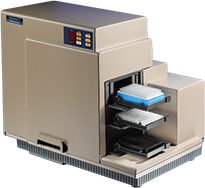